Acting for Animators: Become Your Character

From Acting Theory to Maya Practice With Sarah Arduini

The ultimate goal for any animator is to create believable characters. Acting for animators is an essential skill that helps artists avoid creating lifeless or unconvincing animations, and arms them with the ability to empathize with their characters — before even opening up Maya.

In this 2-hour workshop, Sarah Arduini walks through the fundamentals of developing empathy for characters and teaches how to draw lessons from method actors to get into character yourself. From reading scripts to extract the important information about your character’s personality, to analyzing the subtleties of acting performances to inform your own work, this workshop discusses all the steps you need to become a better animator by embracing your characters before you even start animating.

After sharing her tried-and-tested theory, Sarah steps into Maya to deliver a step-by-step demonstration that walks through how to approach your acting shot, offering tips and tricks to speed up your workflow along the way, for better — and faster — results. 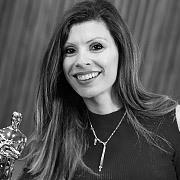 Sarah Arduini is a Senior Animator born in Rome, Italy. She is a self-taught artist driven by her passion for Disney and has made an impressive career in the film industry over the past 10 years.

She started in feature animation and ultimately landed in VFX and has been working for some of the most famous VFX companies in London including MPC, Framestore, and ILM. Together with the MPC team, she won the Oscar for best VFX movie, Disney's The Jungle Book. Afterward, she continued the Disney wave with Beauty and the Beast, joined the Marvel team for Guardians of the Galaxy 2, then finally reached the world-renowned company Industrial Light & Magic. There, she helped give life to the Supreme Leader, Snoke, in Star Wars: The Last Jedi and to the genetically modified dinosaurs in Jurassic World: Fallen Kingdom.

Her latest success was reached with the role of Key Artist at MPC for The Lion King. Sarah is also an academic guest speaker and teaches Character Animation at an Italian university.