Creating original creature designs using characteristics from real-world animals adds a dash of realism and familiarity to your concepts. This workshop by Kurtis Dawe, Character Artist and Modeler at Scanline VFX in Vancouver, shows a complete workflow for creating a unique Viper Dragon concept in 3D, from reference gathering through to the final Photoshop composite.

With a project like this, reference is key. Kurtis shares how he searches for and explores references that will help him hone in on the look and feel of the character he’s creating, before fleshing the creature out in 3D using ZBrush. From there, Kurtis’ workflow covers his retopology work in ZBrush, reveals his UV-ing process in Maya, and walks through the texturing and shading processes in Mari. With the character textured, he then demonstrates his techniques for posing the creature using Transpose Master in ZBrush, before tackling the lighting and rendering with the KeyShot renderer. As the final step of the process, Kurtis shares his compositing techniques using Photoshop, to pull together a final illustration suitable for a client or portfolio.

Throughout the workshop, Kurtis shares industry tips and tricks along the way to help viewers fully understand the nature of creature design and modeling in the entertainment industry, with his goal to always teach how to get the absolute best out of your sculpts. The process shared is the same workflow that he personally uses to make hero characters for feature films, making this workshop a must-watch for creature modelers and concept artists either working in feature film and production or aspiring to. 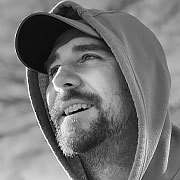 Kurtis Dawe works as a creature and character designer for feature films. He has been working in the industry for a decade and is currently employed as a Senior Character Modeler/Artist at Scanline VFX Vancouver. Prior to this role, Kurtis worked at MPC London where he was responsible for working on the sculpt for Pumbaa for Lion King (2019), among many other accomplishments. He worked alongside two artists to create Dumbo and Mrs. Jumbo for Tim Burton’s Dumbo and created two of the titans for Godzilla: King of the Monsters.

Throughout his career, Kurtis has also worked at EA Vancouver, Double Negative, Method Studios, and Zoic Studios, in Creature/Character Modeler and Generalist roles. He has created a vast array of characters and creatures for the entertainment industry over the years and is always working on personal projects to develop his sculpting skills.