In this third and final title of the series, J.P. discusses the color painting techniques he uses to finish an illustration. Sit back and let J.P. be your guide as you learn how he colors and details an illustration using Adobe Photoshop®. He covers color palette along with color lighting, color glazing and value. He also discusses how he uses his original color sketch to help with the final color painting. Watch and learn how J.P. paints fully detailed foreground characters from start to finish. Throughout the title, he explores materials, texture and atmosphere, as well as ideas on creativity and realism. In this lecture you will get an insight into J.P.'s thought process as he completes the "Dark Riders" illustration. 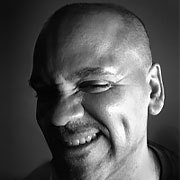 J.P. is an accomplished digital and traditional illustrator, concept artist, and art director creating art for books and video games. He graduated from the School of Visual Arts in New York and started working professionally at 20, illustrating book covers for Avon Books. Soon after, he got his big break and began illustrating sci-fi and fantasy book covers for Berkeley/Ace Books, Bantam Books, and Warner Books. He also created work for Wizards of the Coast and many role-playing game companies. He has created art for over 300 book covers and, in 2000, he won the A.S.F.A. Chesley Award for the best paperback book cover.